Massey Zollner and his wife, Elizabeth, established a ranch near Fate, in Rockwall County in 1876. He was born in Prussia (now Germany) and moved his wife and oldest son to Australia around 1854. In 1866, they migrated from Australia to Iowa. In 1876, they followed their oldest son to Texas who had brought his family to the United States in 1866.

Matthes, along with his wife, Elizabeth (Schmett) Zollner soon developed a successful cotton crop on 320 acres of North Texas land. Their ranch was often called the "Hobo Ranch" because they sought out and hired men who were down on their luck and unemployed. He was a very respected man in Rockwall County. Elizabeth and Mathes Zollner were the parents of Matthes ("Matthew"), Karl ("Charlie"), Gottlieb, Elisabeth and Maria ("Marie"). Zollner’s son Matthew and grandson Henry continued this hiring practice.

OBITUARY: The Rockwall Success, October 19, 1901 - Mathes Zollner was found dead near his home last Thursday night. He apparently had fallen from his buggy, but his foot caught and spooking his team, he was dragged to death. He was 76, was born in Prussia and a successful businessman. He had lived here more than thirty years.

GRAVESITE DETAILS: Buried in Rockwall Memorial Cemetery with a massive stone (about 10 feet high) with engraving top to bottom on both sides. (old section on the east side of the cemetery). 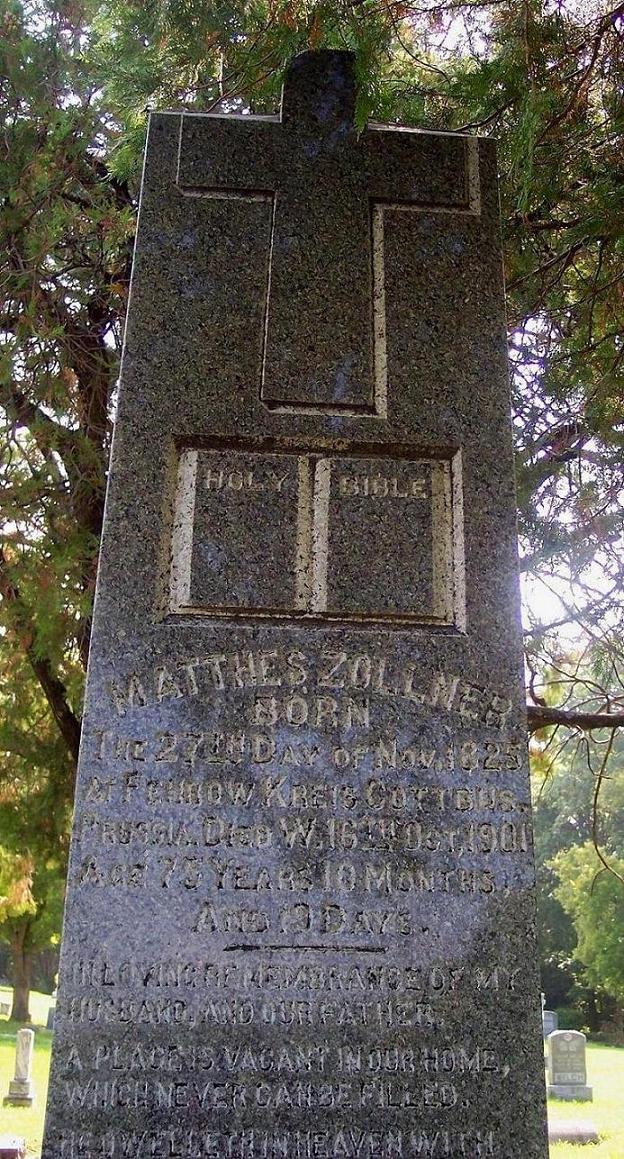 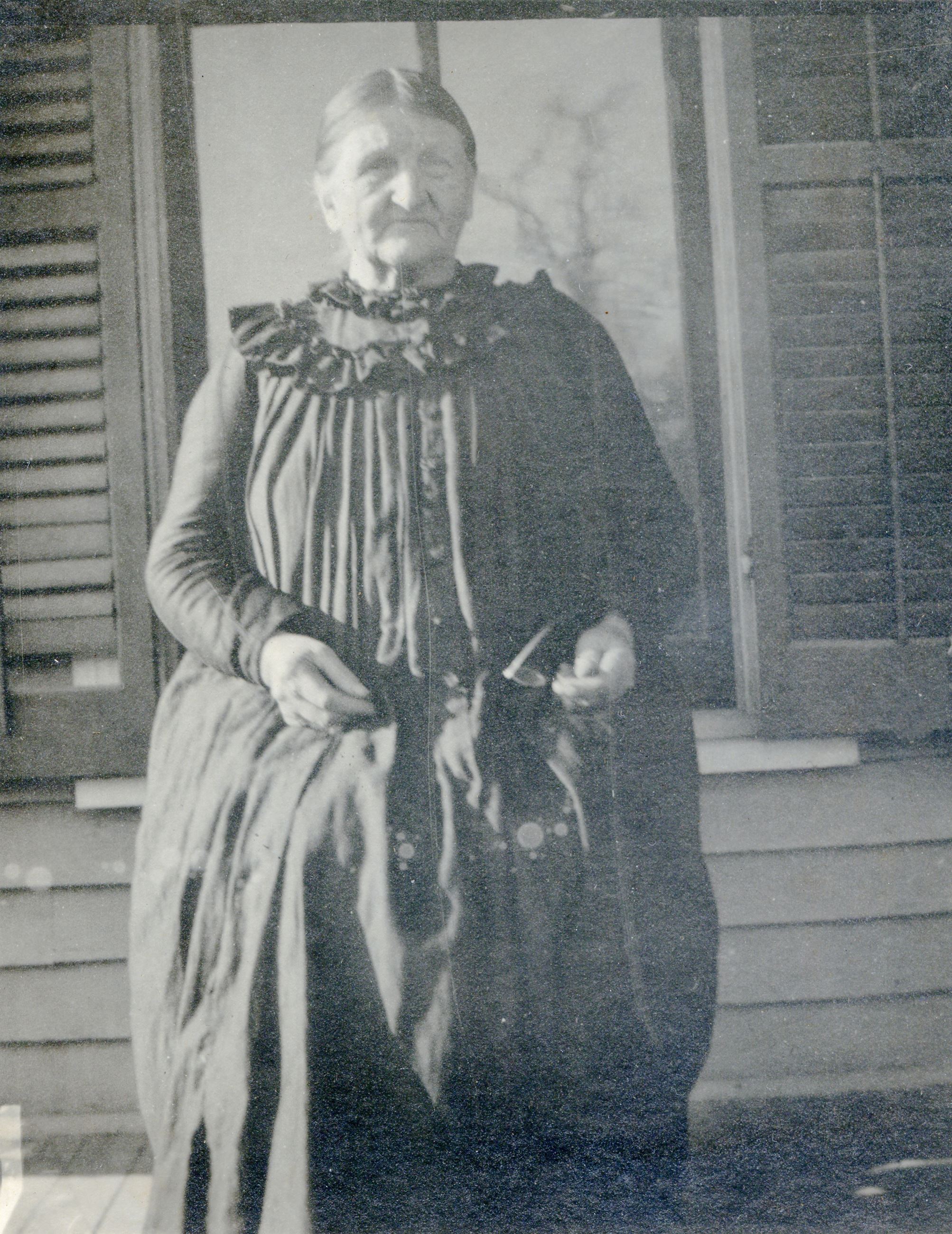 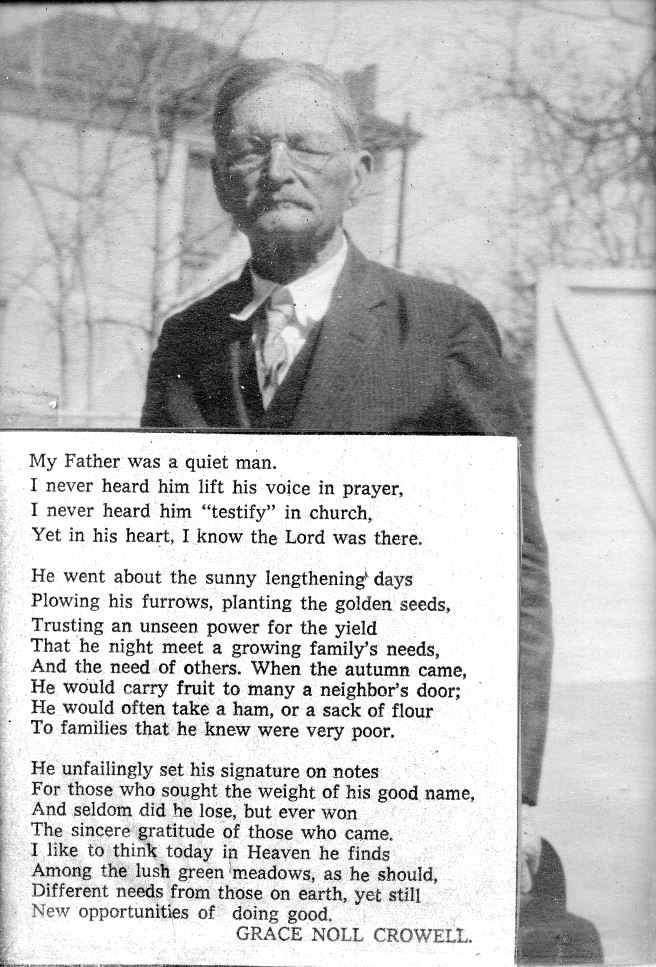 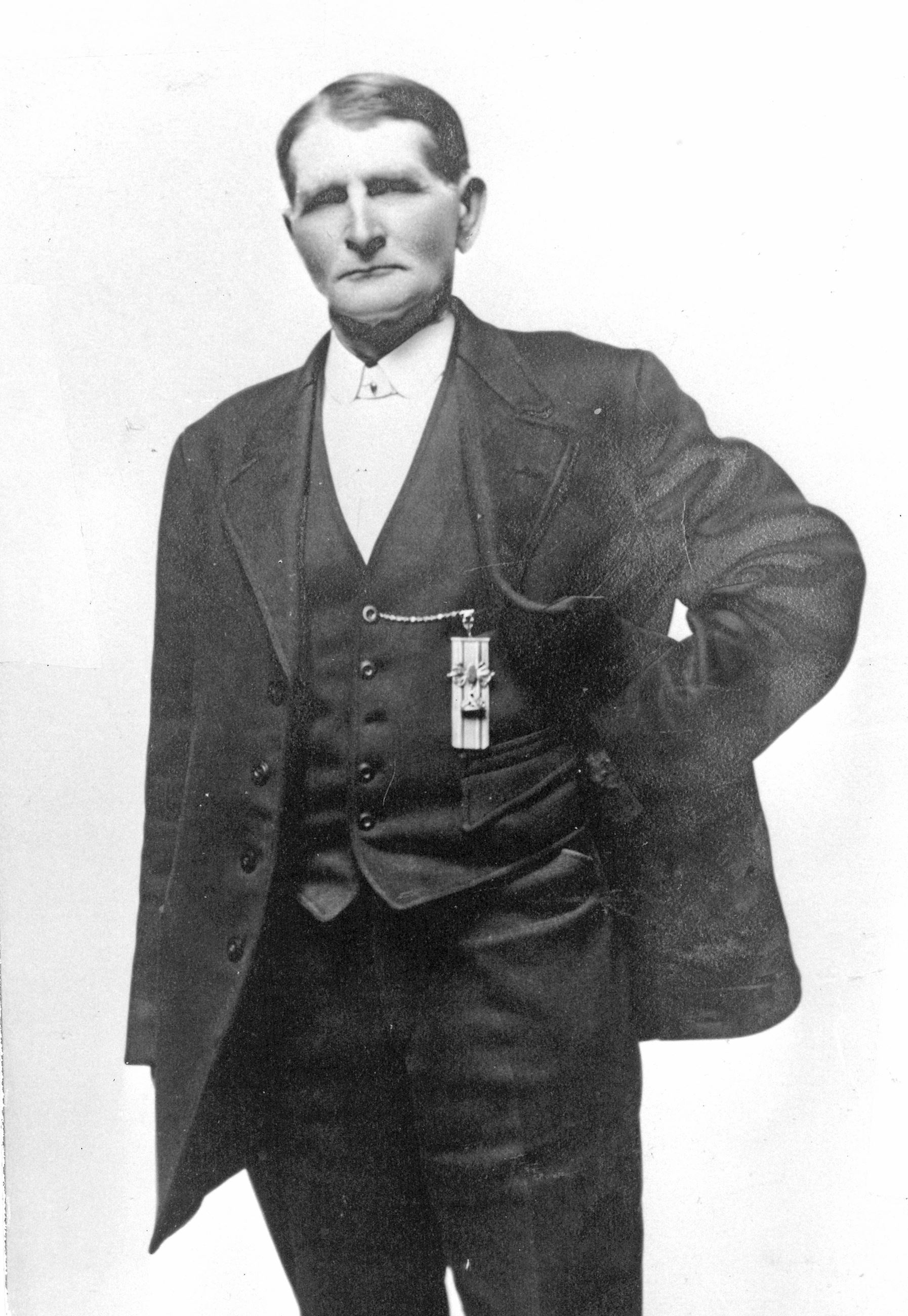 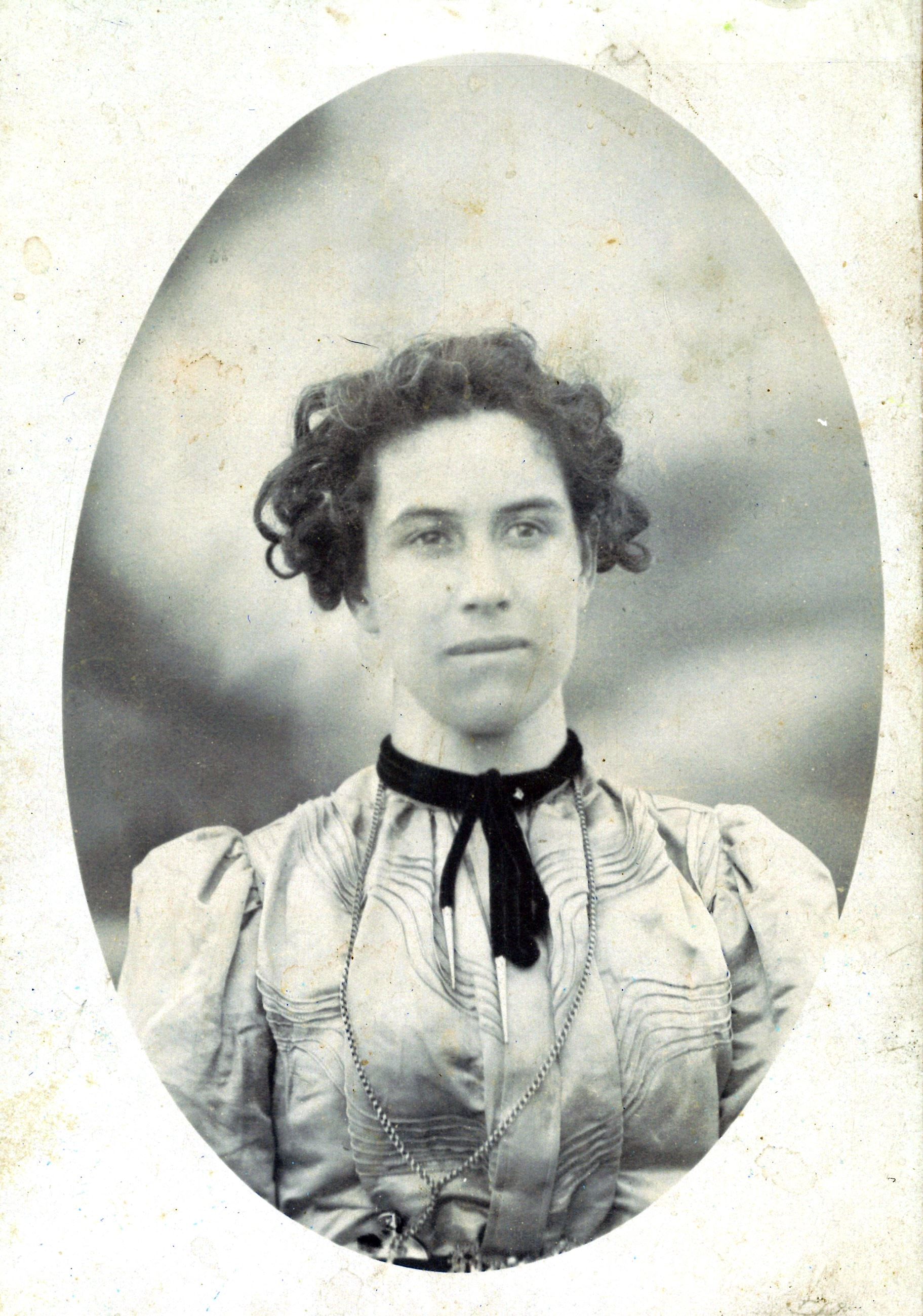 The farm was not only known for its interesting employment opportunities, but it was also known for its innovative and patented farm equipment. Both Matthes and his brother Carl had their names on this 1898 combined plow and digger. 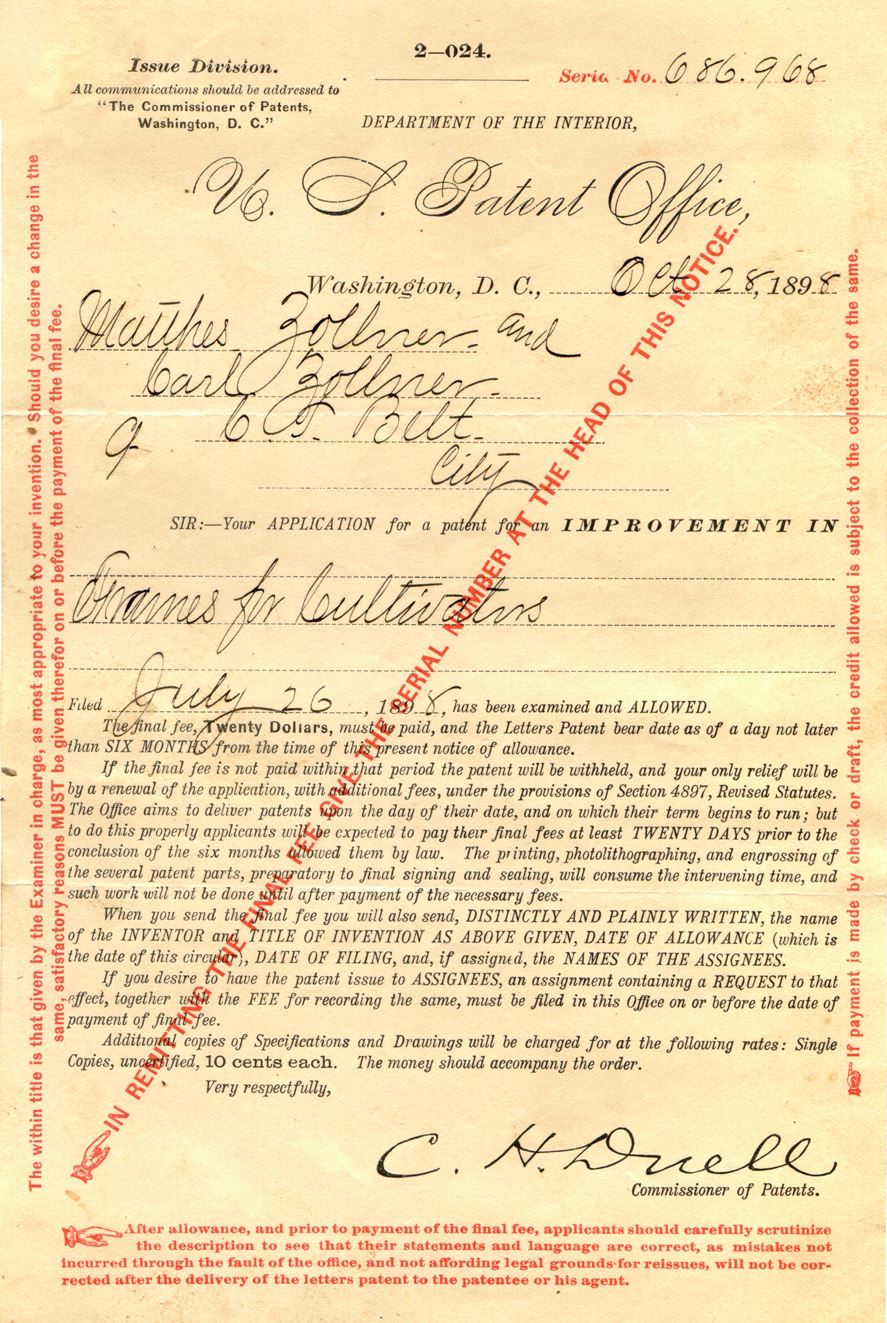 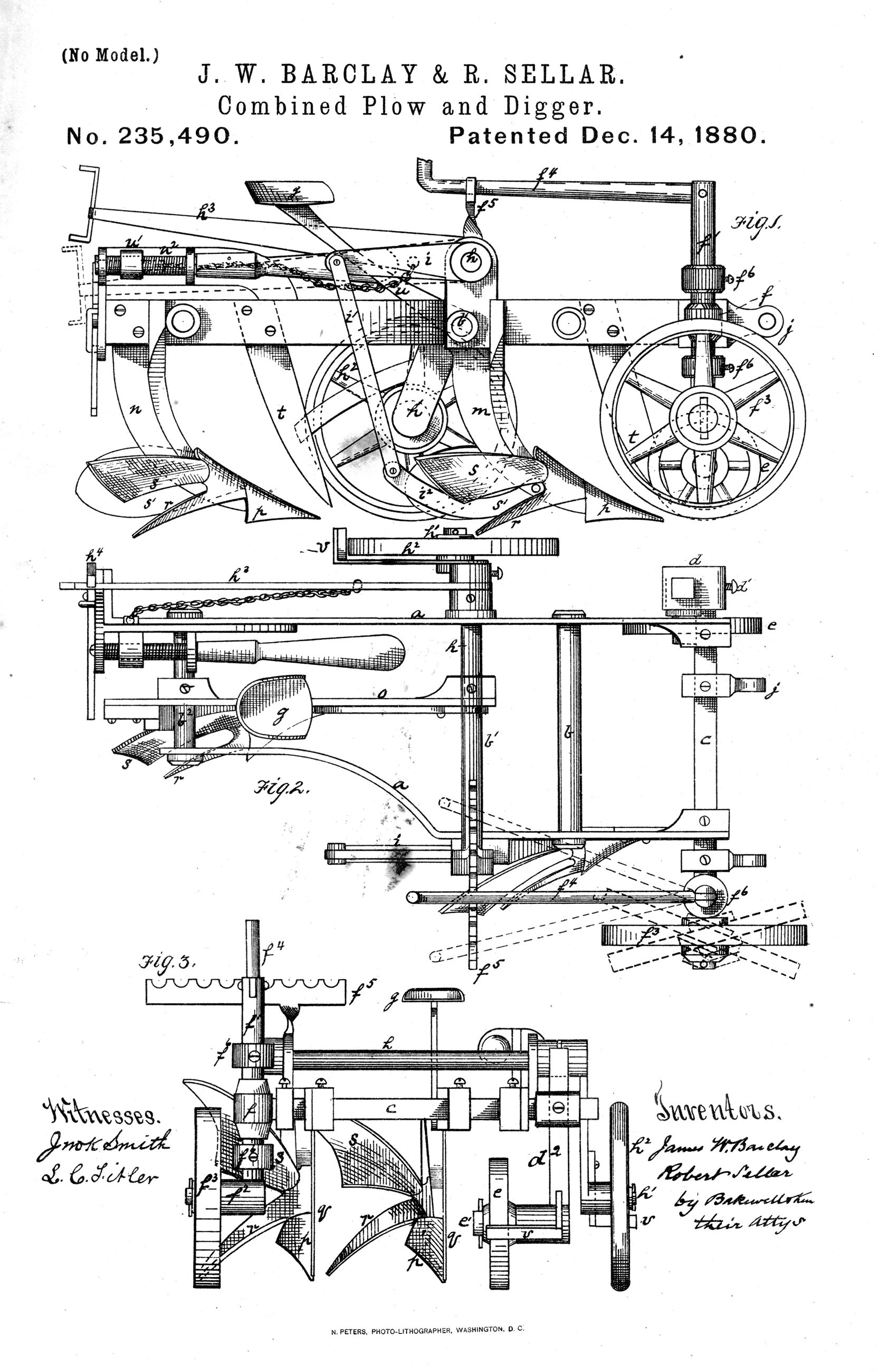 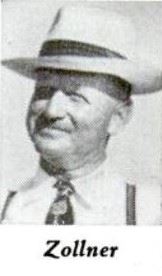 Henry was the son of Matthew (Mathias) Zollner and Barbara (Zuspann) Zollner. He was the brother to William Zollner. Henry, a corporal in the United States Army during World War I. At the age of 35, Henry married Zula Amanda Willess aged 19 on December 26, 1927. They were married for over 51 years until his death in 1979. They had a son named Benjamin Henry Zollner.

Under Henry’s care, the farm grew to 1,600 acres of rich farmland. The Zollner family made a home for any man willing to work and in exchange was given room and board. The ranch consisted of a chapel, bunkhouse, and dining hall. The men became a part of the "family" with some living and working for over 50 years on the ranch. Some of the workers were former executives who experienced failure and others were just down on their luck. The ranch was home to as many as 200 residents at a time. After Henry’s death in1979, the project was abandoned.

Check out these articles:

Mrs. J.A. Wilkerson’s maiden name was Zollner; the Zollner family operated the nationally-known Hobo Ranch at Blackland. Another of the Zollner daughters married Claude Isbell who served in the Texas Legislature from 1935-1942. Mrs. Zollner had always wanted her daughters to live in brick homes. And so two brick Tudor style homes were built in the early 1920s for the Wilkerson and Isbell families, probably the second and third brick homes built in Rockwall.