Here in the city of Fate, we have strong ties to our past as we build toward the future. The unique name of the town is derived from a nickname of one of two residents, either William Lafayette Brown or GW Lafayette Peyton. Which former resident named the City has been debated for years. According to a 1976 City document, "there is considerable agreement that the town was named for William Lafayette Brown." However, there are no absolute evident records for verification of the inception of the town’s name. Therefore, it will never be known for sure. What Is known, is that there were two influential gentlemen nicknamed “Fate” who lived in the area during the 1860s. Three important aspects of life played a role in the naming of our City, land ownership, a post office, and the railroad. Since the town was small, it is likely that both the Brown and Peyton families were common relatives with Fate’s first postmaster Harvey Peyton White and could have been named after either or both men.

The town of Fate was settled shortly after the Civil War in the 1860s and is located one-and-a-half miles to the north of its current location on Farm to Market Road 552. The area was known as an oasis for travelers as the wells never ran dry even during droughts.

William Lafayette “Fate” Brown (1835-1903) was born in Mississippi and had three children with his wife Lilia A. Brown. Brown was a leading member of the community who ran a feed store. Brown was integral in establishing a Post Office in 1880. Until this time, the settlers received their mail by stagecoach. According to legend, he proposed calling the area Brown Springs after his surname and the natural springs on the land. However, being that there was already a Brown Springs Post Office in Texas, Mrs. Brown suggested calling the area Lafayette’s nickname, “Fate.” The Fate post office was established on July 13, 1880, with Harvey Peyton White as the first postmaster.

The little history that we know about George Washington Lafayette “Fate” Peyton (1835-1915) comes from the 1880 and 1910 Census and land records. He was born in Tennessee in 1835 and later moved to Texas to become a vast landowner and farmer. With his first wife Lucy A. Clayton Peyton (1833-1896), Lafayette had three children. After Lucy’s death, the 1910 census reports that at the age of 65 he married Rebecca J. Peyton. Today, the Peyton family remains lay in the Mount Zion Cemetery along Farm to Market Road 552.

Meanwhile, the neighboring landowner, Dr. Wiley Turner Barnes (1831-1901) of Alabama, purchased 320 acres from Mark Crabtree, the original land grantee, on December 24, 1864. This land is the current Fate downtown area. Dr. Barnes owned all the land on which the town was built, therefore he named it after himself. As settlers moved into the area, Barnes divided his land into lots. The two towns of Fate and Barnes coexisted in harmony.

As the area continued to develop, the Missouri-Kansas-Texas Railroad constructed a line to run through Barnes in 1886. This development brought rapid growth to the town. Fate had a post office and Barnes had the M-K-T Railroad, two important aspects of life in the late 1800s. Since Barnes had no post office, the people agreed to accept the name of Fate in return for postal services. On February 11, 1887, the two towns combined. The residents of Fate packed and moved their homes either to Royse City, Rockwall, or toward the railroad that still runs through the middle of town today in the city called Fate.

William Lafayette “Fate” Brown moved to Rockwall to become the sheriff of Rockwall County from December 1886 until November 1892. After Brown’s career as the Rockwall County Sheriff, he became the Rockwall Postmaster from 1893 until 1897. According to the 1900 census, at the age of 65 Brown was a landlord. Today, the Brown family remains lay in the Rockwall Memorial Cemetery along State Highway 66.

By the mid-1880s Fate had a population of 100. There were nine businesses in Fate that included a cotton gin, two general stores, and two organized churches, the Presbyterian and Baptist. Children attended school in a small two-room schoolhouse and most adults held the occupation of farming. After the Civil War (1861-1865), many settlers relocated from other southern states to Texas. These new townsmen were often multi-talented, which resulted in successful businesses for Fate.

Fate prospered during the last decade of the 1800s.  There were four practicing doctors, fifteen businesses including two grocery stores, two cotton gins, a barbershop, a butcher shop, a confectionery, a grain elevator, and The Fate Review newspaper.

Massey Zollner and his wife, Elizabeth, established a ranch near Fate in Rockwall County in 1876. Immigrants from Germany by way of Australia, the Zollner’s soon developed a successful cotton crop on 320 acres of North Texas land. For labor, they hired men of every profession who were temporarily unemployed. Because of this practice, their place became known as "Hobo Ranch." Zollner’s son Matthew and grandson Henry continued this hiring practice until 1979.

The town made history on August 1, 1899, when it became the first town in Texas to have a rural mail route. This route was redesignated as Route 3 on September 2, 1901.

Fate became incorporated in 1900 and was a busy and bustling town. The City had the distinction of being the smallest town, in the smallest county, in the largest state in the Union.  Fate’s population had grown to 500, not including the many farm families located around Fate. The town was growing, the real estate market was prosperous, and farmers were doing well.  In addition, Fate had enough families to serve four church buildings.

On December 31, 1906, the town was devastated when a fire engulfed the south side of the business district. There was no fire station nearby and not enough buckets of water to combat the blaze.  Some of the businesses rebuilt, however, the fire was a blow to the residents who had envisioned Fate growing into a large city.

From 1907-1910, some growth continued, the first bank was established, and the word on everyone’s lips was BASEBALL! Everybody in and around Fate came to the games and could be heard yelling “Strychnine, Quinine, blue suits, and fuss, what in the deuce is the matter with us?  Nothing at all, nothing at all, we are the boosters for Fate baseball!”

Tragedy struck again in 1910 when another fire destroyed the north side of town. The two fires in ten years were detrimental to the growth of Fate. However, growth continued slowly as a new brick school building was constructed in 1911 for a cost of $13,000.

In 1920 a branch of the coast-to-coast Bankhead National Highway came through Fate on Highway 67. The roadway extended from Washington, D.C. to San Diego, California, by way of Alabama, home of U.S. Senator John H. Bankhead, and a major supporter of the highway. Its path crossed approximately 850 miles of Texas, entering in Texarkana, and exiting through El Paso. Learn more here.

The depression of the 1930s and the fall of the price of cotton from $.42 cents per pound down to $.06 per pound resulted in some farmers losing their land. As a result of the failing economy, other businesses were forced to close as well. On July 4, 1933, a tornado destroyed much of the town. Due to the lack of money and a low population, much of the town was never rebuilt. The population decreased to 194 as times were hard, debts were piling, and money was scarce. The high school was discontinued due to declining enrollment, leaving only an elementary school. Empty buildings were a reminder of what Fate had been in the past. The membership in the four churches had dwindled. Therefore, the four churches combined into one united church.  Some may have seen this as a negative. However, it positively affected the town by bringing the people of Fate together and forming a tightly knit community.

During the 1940s and 1950s, the population continued to decline in Fate. World War II, followed by the Korean War, called many into service. Fate lost all mail routes, the school became a one-teacher school, and the railroad depot was sold to Dallas’ Old City Park. By 1950, the population had dwindled to 150, and the Fate school closed its doors due to a lack of enrollment (1949). As a result, each family chose which school district to send their children to, either Royse City ISD or Rockwall ISD. The Royse City Bank gave the school building to Fate and the local men tore the building down. They used the lumber of the school to build the Community Center (still downtown today) and sold the bricks to raise funds.

As the Dallas commuter slowly began to discover the small town, Fate began to see an increase in population again. In the 1960s, the Katy Railroad donated land for a youth baseball field, and a new sewer system was built. In the 1970s the City Council began to dream of expansion with a neighborhood called Woodcreek. The Centex developer gave the City of Fate a fire truck in 1975.

In the early 1980s, the police and telephone companies adopted the 911-system. This required the streets to be named and houses to be numbered. Fate’s City Council appointed a committee, who named the north-south streets for citizens of Fate and east-west streets after trees. City Hall was remodeled and Fate celebrated its sesquicentennial.

By the 1990s Fate’s population had grown to 475. The Fate Grocery Store, Brunson’s Upholstery, Printer’s Machinery, and Barber’s Family Restaurant opened its doors to the Fate community.

With the development of subdivisions like Sleepy Hollow, Northview, and Melody Ranch, in 2002 the population had grown to 1,145. The suburban sprawl began a population boom and within one year the city saw a 51% increase to 2,030. Fate was growing exponentially. In 2005, 200 homes were constructed in Woodcreek. Despite the 2008 US housing crisis, the growth trend continued into 2010, and the population grew to 6,357.

Today, Fate’s current population is estimated at just over 18,000. The downtown area is being revitalized and businesses are beginning to build along the I-30 Corridor such as Stags Plaza, Specs Wine, Spirits and Finer Foods, and FRESH by Brookshire’s.  There are more than seven subdivisions, including Woodcreek, Williamsburg, Spring Meadows, Melody Ranch, Chamberlain Crossing, Sleepy Hollow, and Northview Estates. New parks and schools are being built to support the growing community.

But with all the new developments in the city, we still pay homage to those who laid the foundation of this town. The Fate community was and still is filled with hardworking individuals that are resilient, influential, and tightly knit together. The names of some of these individuals can be seen all over Rockwall County. Former and current residents have streets and buildings named after them. Dorris Albion Jones, Dorothy Smith Pullen, Billie Stevenson, Doris Cullins, Miss May Vernon, and Bobby Summers were all lifelong Fate residents that contributed to the education of children and have had schools named after them. C.D. Boren Parkway, W.E. Crawford Avenue, Brown Avenue, Ralph Hall, and Leonard Way are a few of the roads named after influential residents. As Fate continues to grow, we lean on the people of the past for their examples of fortitude and frontiersmen spirit that has laid a strong foundation for tomorrow. 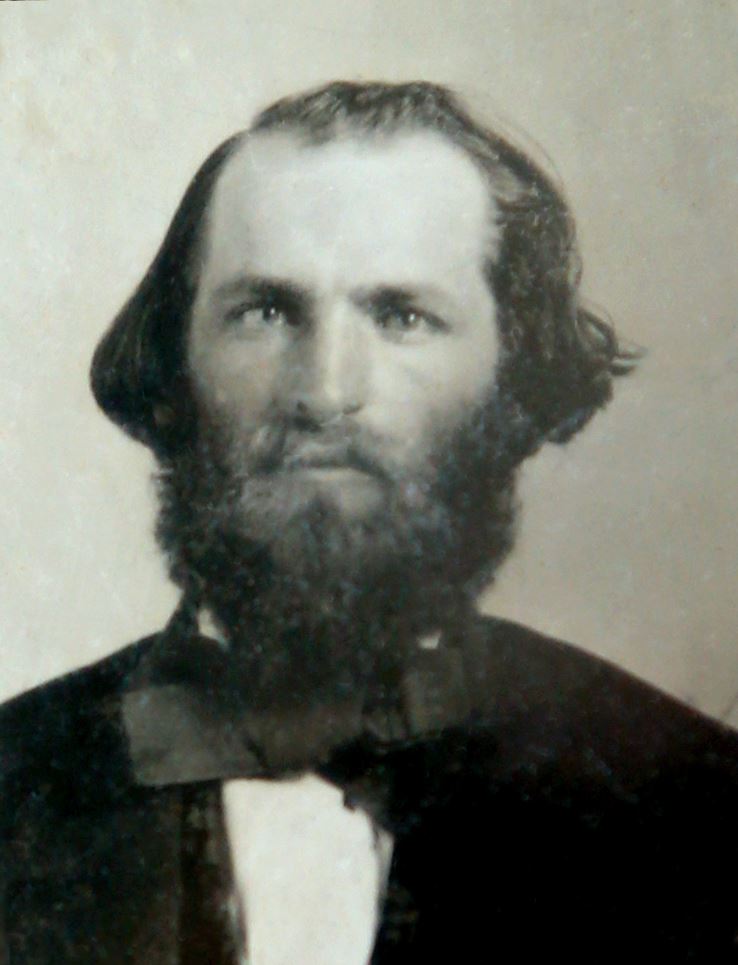 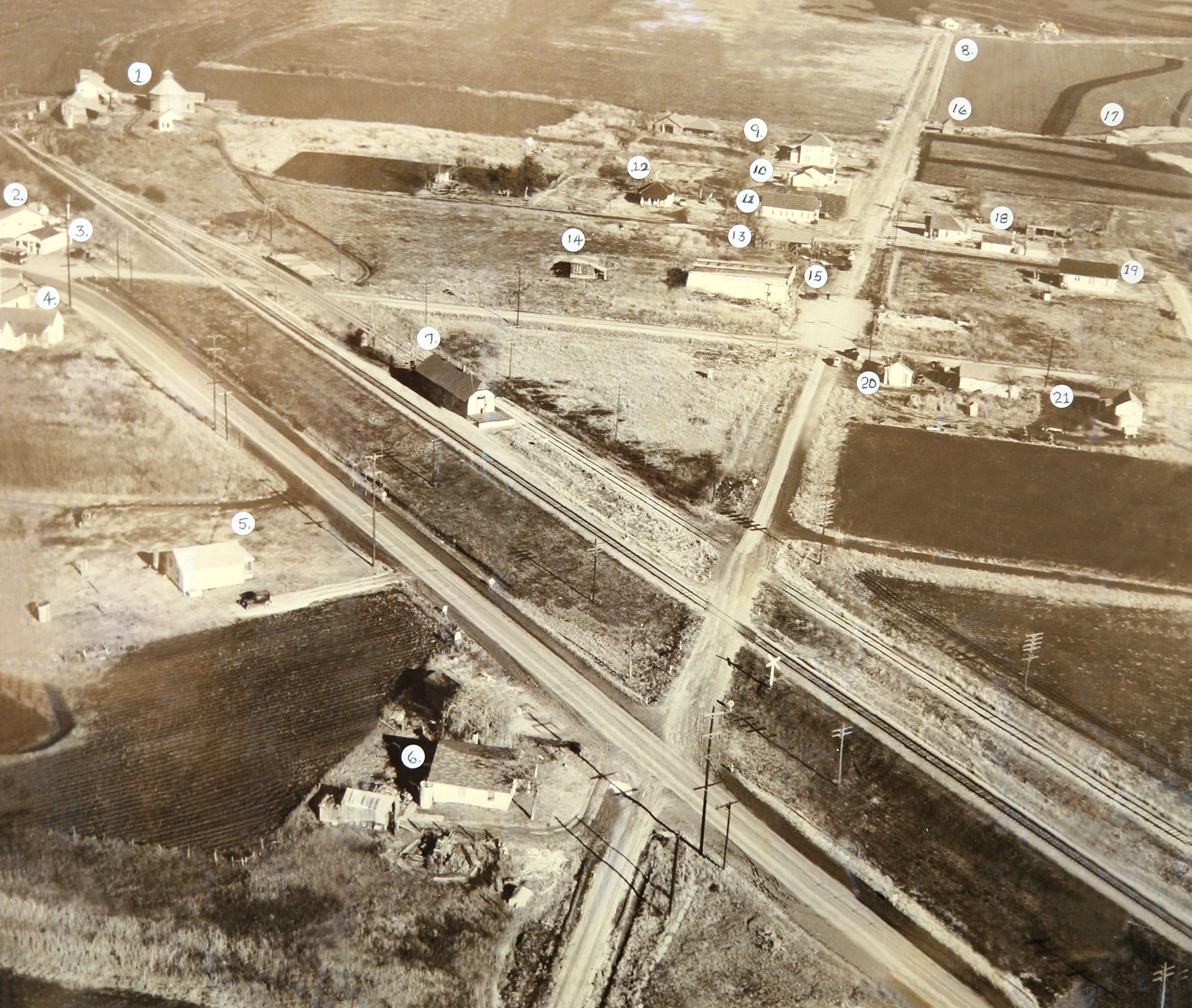